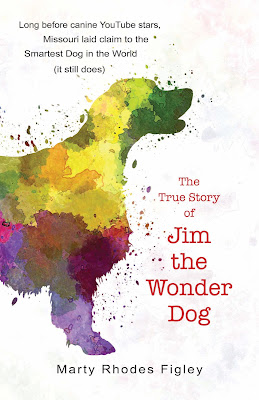 The True Story of Jim the Wonder Dog
The RoadRunner Press, 2017
Grade 4 and Up

Jim the Wonder Dog, a Depression Era hunting dog that many believed was either a genius or possessed of clairvoyant skills. Evidence existed for both claims: Jim predicted seven Kentucky Derby winners and the winners of the 1936 World Series and presidential race, but the setter could also take direction in foreign languages (Italian, French, German, Spanish), shorthand, and Morse Code and recognized both colors and musical instruments. This is the true story of the dog that became known as Missouri's Wonder Dog.


A children’s book presents the true story of a dog with unexplained abilities who delighted audiences in the 1930s.
In this work, Figley (Santa’s Underwear, 2016, etc.) introduces the Llewellin setter known as Jim the Wonder Dog, in honor of his phenomenal ability to understand and answer questions. The author follows Jim from puppyhood—he was a runt left with Missouri hotel owner Sam VanArsdale, who first valued his surprising skill at bird hunting—to the monument that still stands at his grave. Although he helped VanArsdale flush out thousands of birds, Jim’s defining talent was his ability to answer questions with a degree of comprehension few would expect in a dog, identifying trees by species, pointing out a guest staying in a particular room, and indicating which man in a group had the most money in his pocket. Jim’s abilities brought him local fame, though VanArsdale turned down both Hollywood endorsements and attempts to profit on Jim’s ability to pick winners at the racetrack. Although the book addresses the skepticism that some contemporaries expressed, Figley has chosen to take the stories of Jim, drawn largely from a locally produced documentary, at face value. An author’s note explores the value of such oral histories as primary sources and provides guidance for young readers on evaluating the material. The account avoids speculating about the causes of Jim’s talents, and while readers may wish for a tidy explanation, that decision ensures the narrative follows the historical record. Figley’s prose is matter-of-fact (“They hunted all day. Jim performed like a bird-dog genius over and over again”), and the story moves at an appropriate pace, keeping readers engaged without adding artificial tension to a simple plot. The work does an excellent job of drawing attention to a little-known piece of history without overstating its importance, giving Jim credit for intriguing and amusing many observers during a difficult time without claiming he changed the world.
An engaging slice of history that should appeal to young canine enthusiasts while demonstrating the solid use of primary sources.  KIRKUS REVIEWS 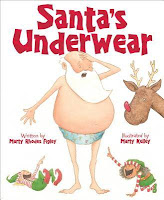 Kids will love this adorably funny Christmas story for all its kooky details and for its underlying message of love.  The illustrations add all the joy that can be imagined to this funny holiday tale.  MIDWEST BOOK REVIEW

On their own, Santa and underwear are generally picture book winners; together, they’ll keep kids plenty amused—and hoping their own Christmas gifts don’t include much underwear. PUBLISHER'S WEEKLY

A troupe of entertaining elves, a jolly Santa, and lots of underwear jokes add up to Christmas chuckles in this engaging story.  KIRKUS REVIEWS 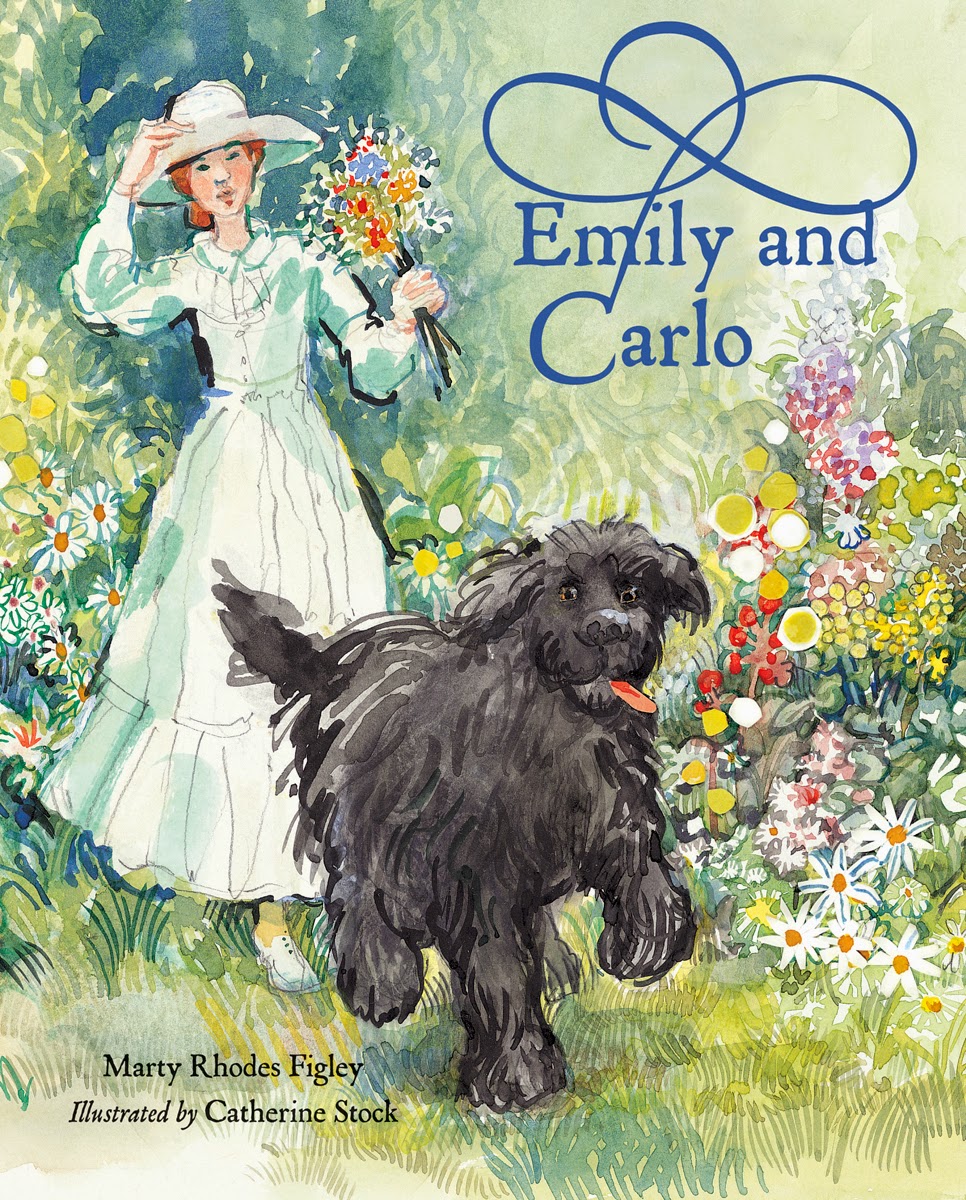 The story of poet Emily Dickinson and her beloved Newfoundland, Carlo.

Emily Dickinson did have a love interest. His name was Carlo.

He was a dog, a Newfoundland, a great, slobbering, shaggy mess of a creature, which undercuts any notions of primness modern readers may harbor of Miss Dickinson. As Figley draws forth their gathering affection, she reveals important aspects of Dickinson's relationship to the world, her deep-running shyness that led to a reclusive life. But her time with Carlo, some 16 years, was full of beauty and meaning, as expertly coaxed from her poems and letters. The path to her brother's house, "just wide enough for two who love"; "I started early, took my dog, / And visited the sea." They were a couple, surely-they shared sweeps of time, they endured separations, they went calling-and when the end came for Carlo, Dickinson did not dodge the sting: " 'Twas my one glory- / Let it be / Remembered / I was owned of thee." And if a moodiness still pervades the proceedings, something blue, the tone is lifted by Stock's watercolors, which are as drenched in color as a sun room painted by Childe Hassam.  KIRKUS REVIEWS

ON MY OWN HISTORY

The Schoolchildren's Blizzard
Illustrated by Shelly O. Hause
Carolrhoda/Lerner, 2004
Ages  7-10
The story of the horrific 1888 blizzard that swept across the Midwest, and the heroic actions of schoolteacher Minnie Freeman as she leads her students to safety.

This fast-paced, high-interest tale set in Nebraska is based on the true story of Minnie Freeman, a teacher who led her students to safety through the deadly blizzard of January 12, 1888. Well-painted, realistic watercolors depict their struggle to find a safe haven and blend well with the exciting text. A good choice for newly independent readers, this story can be used in conjunction with the study of 19th-century prairie life.  SCHOOL LIBRARY JOURNAL

The story of how eleven-year-old Johnny Mickley and his father save the Liberty Bell when the British invade Philadelphia.

The easy-reader format will bring history alive for young readers, and the dramatic paintings, some full page, reflect the action and the characters' emotions.  SCHOOL LIBRARY JOURNAL

The story of how slave Paul Jennings helps Dolly Madison save a famous painting when the British burn the white House.

Notable for telling  a historical event from the viewpoint of a slave.  SCHOOL LIBRARY JOURNAL

The story of African-American Paul Jenning's bravery as a prisoner of war during the Revolutionary War.

In dramatic words and vivid paintings, this entry in the On My Own History series celebrates the heroism of an African American teen in the Revolutionary War. Born free,15-year-old James Forten joined the crew of the Royal Louis as a sailor. When the British captured the ship, he refused the chance to escape to help a sickly white friend. An impressive bibliography suggests that the narrative’s dramatized passages have been thoughtfully reconstructed, and a foreword and afterword frame the incident. This inspiring, personal story will help draw early readers into U.S. history. BOOKLIST

The story of the great New Madrid earthquake.

This beginner's chapter book is based on actual events and will certainly intrigue young readers.  CHILDREN'S LITERATURE 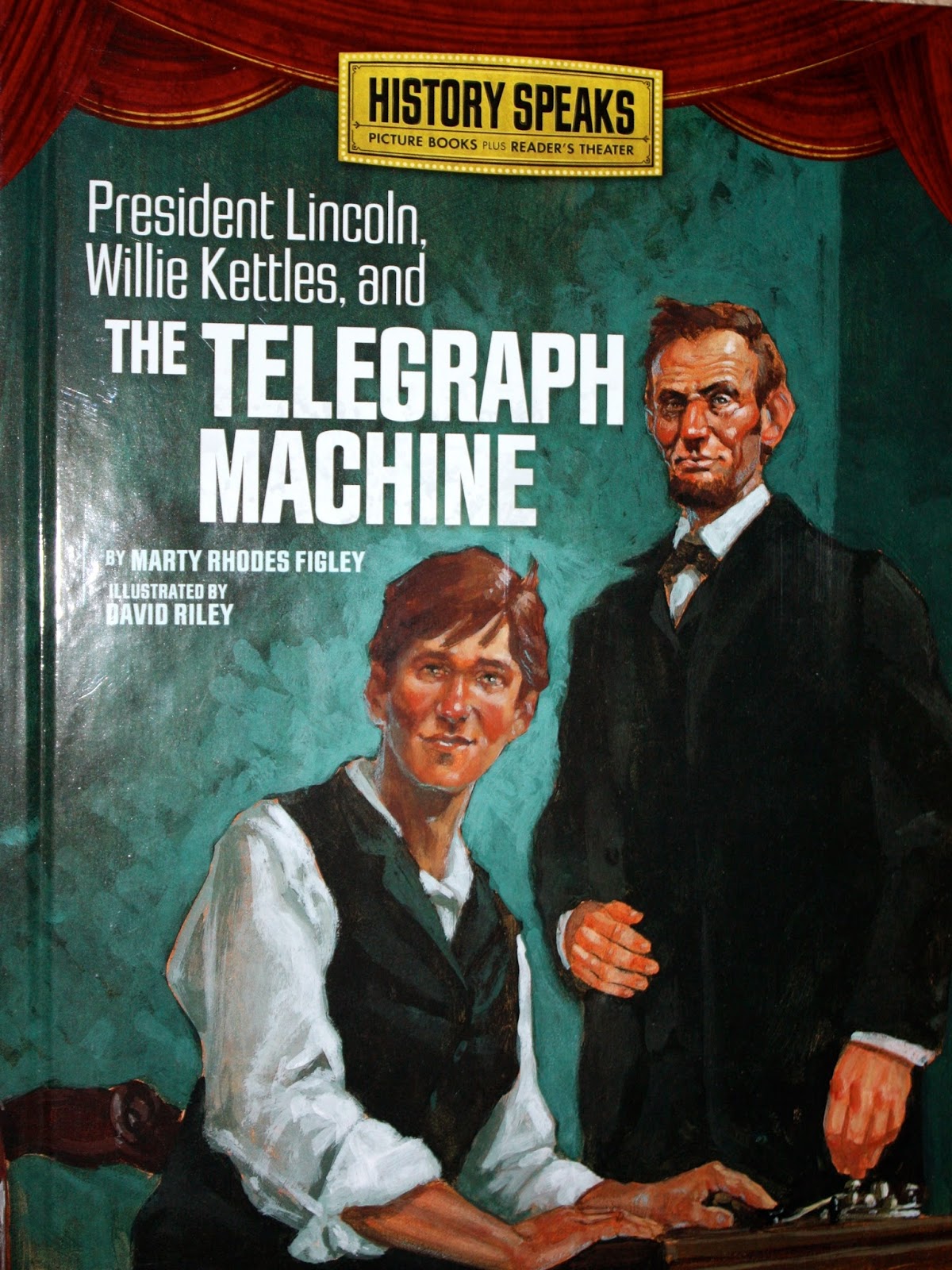 The story of how Willie Kettles, the youngest telegrapher in the War Department, takes an important message for President Lincoln and the country during the Civil War.
Fun for classroom reading and discussion.  BOOKLIST 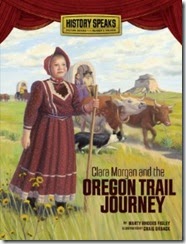 Eleven-year-old Clara Morgans adventures on the Oregon Trail (based on the memoir of Philura Vanderburgh). 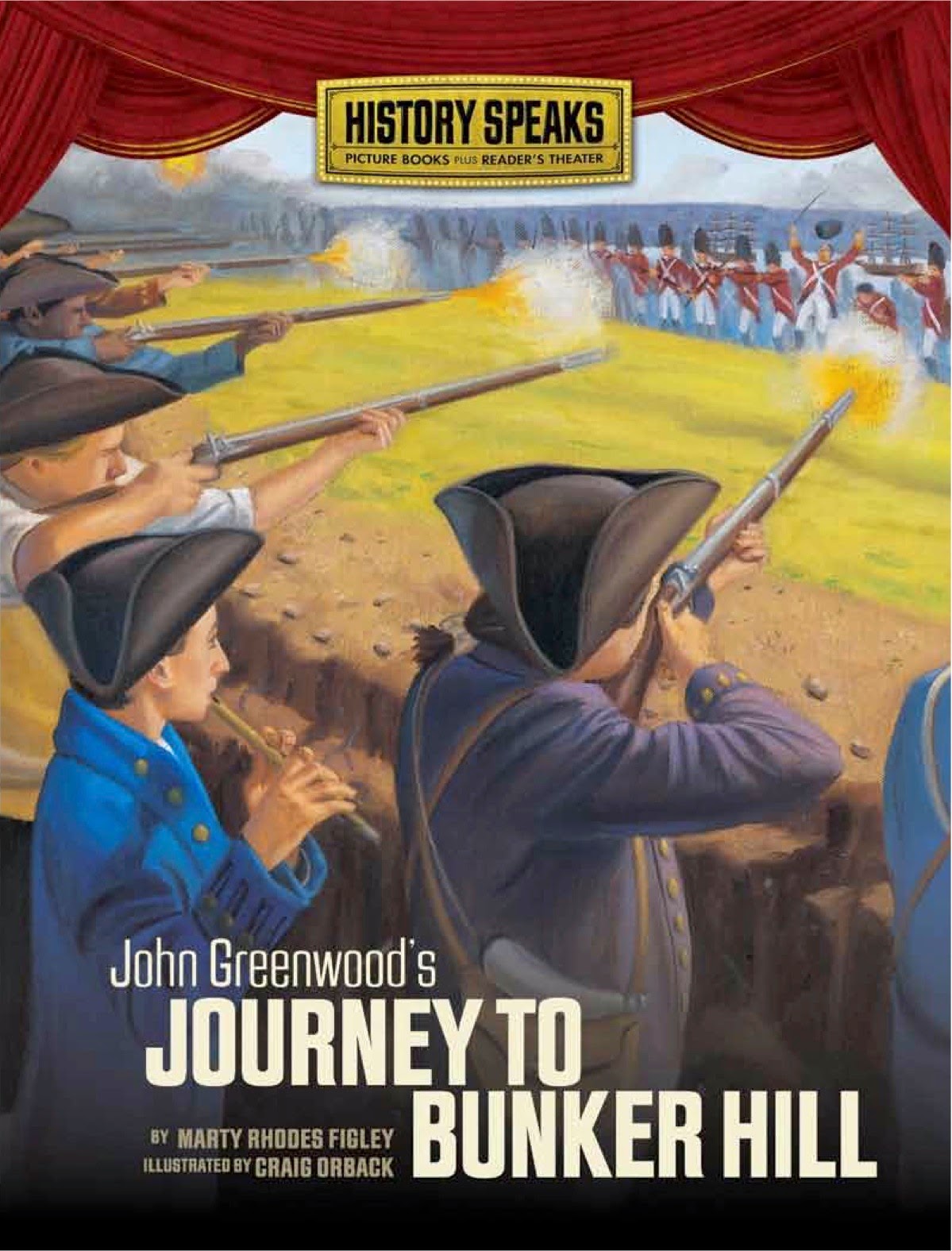 The true story of John Greenwood, a fifer in the Revolutionary War.

The idea behind this book is a good one, since presenting the story, and then having students act it out, is likely to make it both fun and enjoyable.  CHILDREN'S LITERATURE

The graphic version of Prisoner for Liberty.

The graphic version of The Schoolchildren's Blizzard.


A biography of William Penn.